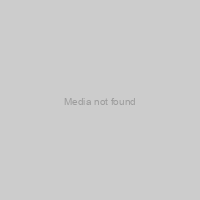 A “DASH” Forward Into The Crypto Lifestyle

Dash is pioneering cryptocurrency that often gets overlooked in digital money circles. First launched in January of 2014 as a shadowy cryptocurrency affectionately known as Xcoin and Dark Coin, this blockchain-centric ecosystem emerged with the primary intent of protecting the anonymity of its users while facilitating instant transactions.

Open source in its nature, Dash is an altcoin forked from the Bitcoin protocol. It essentially functions as a decentralized autonomous organization (DAO) run by a subset of its users, known as “masternodes.”

In a manner similar to Bitcoin, Dash stores all of its transactions on a public ledger. But unlike Bitcoin, Dash runs a two-tier network where miners and masternodes sync, allowing for more rapid processing speeds. This tandem model also allows Dash to effectively address Bitcoin’s scalability issue.

Today, Dash has emerged as a leading consumer-centric alternative to Bitcoin. Fueled by a loyal community and development team, Dash’s market cap has consistently been among the top twenty in the world.

Derived from two words, “Digital” and “Cash,” Dash’s long standing aim has been to tackle some of the knottiest barriers facing the global crypto world including transaction speed, user experience, privacy, self-governance, and self funding.

Joel Valenzuela is a self-proclaimed Dash enthusiast who resides in the “Live Free or Die” state of New Hampshire. For over five years, he has been living completely off of Dash, testing its viability as an alternative digital money system.

Valenzuela says he started experimenting with Dash’s pioneering P2P digital ecosystem to determine whether it would work as advertised. He initially began with Bitcoin before transitioning over to Dash, finding that it was a better consumer friendly option.

“I decided to keep the experiment going, and went for the only other solution that came even close to being feasible at the time, which was Dash,” he added. “Since then it has become my go-to for payment purposes.”

For Valenzuela, New Hampshire, a state known for having a large number of libertarian residents fueled in part by the Free State Project, has been the ideal laboratory for his experimentation. In particular cities like Manchester and Portsmouth have a variety of retail and dining establishments that accept crypto from users.

Charting The Future of Dash

As a Partner and Public Outreach Director for Dash, Valenzuela is constantly following the pulse of his preferred cryptocurrency as well as the broader Blockchain landscape. He had this to say in terms of Dash’s growth trajectory and evolution

“I think it’s kind of an understatement to say that there has been a lot of work going on behind the scenes since the end of 2019. The long-awaited upgrade Dash Platform (formerly known as Dash Evolution) has been released to testnet as a developer documentation portal. Our team is driven to make development easy and accessible for everyone striving to realize the promise of blockchain.”

In terms of the advancement of Dash Platform , Valenzuela explains:

“Well, basically you’ll be able to send Dash from one username to another, like @michaelscott or something like that. Transactions will be much more consumer friendly with user names and contact lists. Think of PayPal or Venmo features instead of a long alphanumeric code.”

Valenzuela says, however, that efforts on the part of the project team to make this transition has not been an easy process

“It turns out that in order to do this the right way, not like, let’s get it out the door way, required having to build a whole other separate layer on top of the base Dash network. That took a long time to conceptualize and later put into place.”

The forthcoming Dash Platform feature that Valenzuela is most excited about though is the decentralized digital identities solution that’s being rolled out. He explains:

“If you have ever used a 12 or 24 word recovery phrase, you’ll get what I’m talking about here. Dash is developing this so that it can be applied to one’s identity. In other words, imagine a 12-word recovery phrase that didn’t just restore your money but restored your user name, all of your contacts, all of your data that you’ve transferred back and forth for various purposes.”

Valenzuela says that when this is integrated into the Dash platform, you will be able to restore all of the data and information you own with a simple 12-word recovery phrase.

In other words, instead of having a username that serves as an identifier on top of your wallet keys, your wallets would actually all be derived from your same 12-word seed allowing for multiple accounts under the same identities.

“Soon you’ll basically be able run any kind of application you can think of on the Dash platform and have a single unified login credential. That’s kinda mind blowing.”

He says that this will lead to a much leaner process than what takes place on something like Ethereum where a lot of the computations and smart contracts and stuff are all running on chain.

“First of all, all of this will be on a second layer with a side chain called Platform Chain. So if anything were to happen on this layer, like a catastrophic issue or something like that, it wouldn’t actually affect the base layer which contains your money or data. Because basically you would still be running your local infrastructure that does the computations and stuff like that.”

Valenzuela also cited Dash Incubator as another exciting development project to keep an eye on.

‘It’s a project that basically assigns bounties for free form decentralized application creation where developers can come in and say, hey, I have this idea. And then they get paid a small amount to submit their idea if it is approved. From there someone decides to write a specification and they get money for that. And then someone else builds the app and then they get money for that. Then when someone beta tests the app they get something for that. So we are starting to see a host of really exciting apps ensuing from this, like a true decentralized alternative to Twitter, which I’m personally very excited about.”

Valenzuela says that Dash is focused mainly on creating a usable peer-to-peer digital cash ecosystem for the entire world complete with decentralized applications that basically facilitate that transfer of value and information.

“In our early inception centered around privacy, we were kind of a one trick pony in terms of the concept of privacy coins. I believe that in the future we’re going to see privacy as a base requirement for any kind of a blockchain network that anyone will want to use. I predict that people who clearly have nothing to hide as well as no philosophical alignments to radical privacy will be onboard with this.”

At the end of the day, Valenzuela believes that privacy is going to be the ultimate base requirement for all new products and services moving forward.

“So basically Dash will keep its basic transactional privacy function. This occurs on the core wallet which is not really all that different from what you can do on something like Bitcoin or Litecoin. It’s just done with the help of our master network in order to make it more efficient.”

Valenzuela has lived in New Hampshire for nearly eight years. He says that while things are nowhere near perfect during these pandemic times, his lifestyle has changed very little.

“It’s pretty free here in New Hampshire. At the same time, you begin to realize that there is a lot of pressure from heavily regulated states surrounding us given that we have few restrictions here. Sure it could become problematic if people start to pour in from other states and create an actual health crisis here. But, for now, I can do basically whatever I want. Businesses are open and everything is pretty good.”

Valenzuela cites FreedomInThe50States, a report by the Cato Institute and few other scholars that basically shows the rankings of the top freedom locales in the U.S.

“New Hampshire has always been in the top 2 as far as I know. Florida is up there too.”

In trying to identify one’s ideal geographic locale, Valenzuela says that it all depends on what you really value in terms of the score.

“Freedom is very important to me. And one of the reasons why my life has not changed very much at all here is because the community of people I know, the Free State community,  is very strong in terms of pro freedom.”

He says that in his area, lots of neighborhood and business projects have kept going unabated throughout the pandemic.

“Sure you see the occasional business sign saying ‘you should probably wear a mask when you come in here.’ At the same time there are a lot of businesses that just aren’t quite so concerned about those things. And also of course, cryptocurrency continues to be spent at many of these establishments, which is cool.”

Asked about whether he believes crypto will see a tipping point in terms of consumer use anytime soon, Valenzuela had this to offer:

“I predict we’ll begin to see a lot of regular, non technical sorts of people using crypto as their money within five years. Sure, things like this take time to garner acceptance. But I’ll be very surprised if it’s longer than that.”

It’s here where he points to the pandemic being an accelerator event where Covid restrictions have driven more and more people online.

“While cryptocurrency has always thrived more online, its been the point-of-sale payment processing systems that have lagged behind. That’s why I’d love to give a shoutout to AnyPay which has pretty much been the only app of this type for crypto today. Other than that there is really not that much out there.”

Nevertheless, Valenzuela is head over heels excited about the future of crypto. He concludes:

“It certainly helps having people like Elon Musk bringing awareness to the crypto world. I am definitely bullish about Dash’s decentralized digital identity system as I have been testing the wallet on Testnet. It’s truly an exciting time. I can’t wait to see what’s next.”

Kishimoto Inu – An Ode to the Great Mangaka
The European Union Is Seeing A Flood of Cryptocurrency Regulation. A Good Thing For The Crypto Market?
Americans Who Receive NFTs ‘Could Be Jailed’ Under Biden’s Crypto Laws
Cybercrime and Scams: Rich Dad Advisor and Bestselling Author Garrett Sutton On Protecting Your Assets
ConsenSys Rockets to $200 Million Funding Round
You may also like

There Are Those Who Say Bitcoin Is A Scam. Is This True? By Michael Scott on Sep 28, 2021 Nowadays you hear words like "blockchain", "cryptocurrency" or "Bitcoin '' frequently being thrown ...

What Gives Bitcoin Its Value? By Michael Scott on Sep 24, 2021 Oh, beautiful bitcoin. Everyone sees you on the news every time you go up or down in price. Many ad...

Who Actually Controls Bitcoin? By Michael Scott on Sep 21, 2021 One of the main concerns people have when it comes to investing in bitcoin is who is in charge of i...

What Is Blockchain and How Does It Support Bitcoin? By Michael Scott on Sep 14, 2021 Understanding bitcoin requires quite a bit of work at first. And one of the big questions people ha...

The European Union Is Seeing A Flood of Cryptocurrency Regulation. A Good Thing For The Crypto Market? Dec 01, 2021

A Seismic Price Shock: Cardano and Tron Gets Rocked After eToro Ban Dec 01, 2021

An Analysis Reveals “Top” Privately-Held FinTech Companies—Including Those in Blockchain. The List May Surprise You Nov 23, 2021

Americans Who Receive NFTs ‘Could Be Jailed’ Under Biden’s Crypto Laws Nov 22, 2021